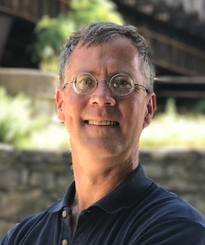 John Friday, President
John, a native of the Midwest, received his Bachelor's Degree in Business Administration from the University of Iowa in 1985 and spent six years in his family's insurance business before coming East to explore the Eastern Seaboard and Caribbean aboard his sailboat.  During a passage down the Chesapeake Bay, John discovered Virginia's Northern Neck and knew that he'd found a new home.  After settling back into a life ashore, John came to Custom Yacht Service in 1993 as a mechanic's helper.  The following four years saw him gain experience in the fiberglass, woodworking, brightwork, and installations departments before taking a desk job to establish the brokerage business and moving into the position of marine service writer.  During the same course of time, John obtained a USCG Master Mariner's License to operate the towing and yacht delivery responsibilities.

In early 2011, John purchased the boatyard from it's founder, Lester Potter.  In the Custom Yacht Service tradition, John and his crew of craftsmen and technicians continue to provide quality, non-compromising work to customers who expect the best in custom yacht service 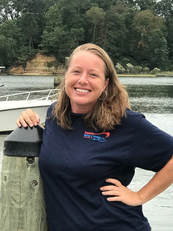 Denni Wilmer, Office Manager
Born and raised in Lancaster County, our office manager Denni hails originally from the community of Ottoman.  In her spare time she enjoys reading, photography and coaching for the County's Girl's Coach Pitch League.  Raising two daughters with her fiancee, Brie, Denni and her family live in Irvington. 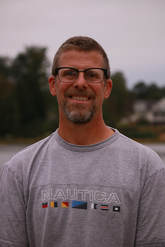 Doug Lake, Master Mechanic
Douglas Lake was a life-long resident of Cincinnati, Ohio until he joined us in 2018.  Doug graduated from Cincinnati Technical College in 1989, became an ASE Certified Master Technician shortly thereafter, and has nearly 30 years' experience working on engines of all sorts and kinds.

Doug was bitten hard by the sailing bug on St Martin nearly twenty years ago, has since sailed twice to Bermuda, and most
​recently has since purchased Pearson ketch that he sails with his wife out of Reedville.

Robert Kittrell, Systems Technician
Systems Technician Robert Kittrell joined the CYS crew in the Spring of 2019.  A native of Raleigh, North Carolina and a graduate of Clemson University, Robert grew up spending weekends, summers, and holidays on the North Carolina coast.  He now resides with his wife Rachel on their farm on the Rappahannock River upstream from Urbanna and enjoys hunting, fishing, and boating.

Bill Janisko, Carpenter
A recent transplant from the Finger Lakes region of upstate New York, Carpenter Bill Janisko came aboard in the summer of 2020.  Bill and his family live on the south shore of the Rappahannock River in the small community of Wake.  Bill’s love for woodworking has given him the opportunity to work in many facets of the industry.  From fine home construction to custom kitchens and furniture building, his adventures have led him to our part of the Mid-Atlantic to explore the dynamic world of custom boat interiors.  On the weekends Bill enjoys boating and fishing with his family when he’s not busy making sawdust in his home workshop. 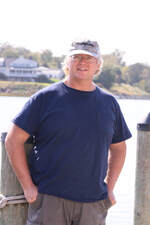 Jeff Chihos, Bottom Painter & Mechanic's Assistant
Hailing from the state of Maryland, Jeff grew up and spent the majority of his life on and around the waters of the upper Chesapeake Bay fishing, crabbing and boating.  Jeff got his start in the marine industry working on outboard engines and sterndrives at a boat dealership near Baltimore.  Wanting to expand his knowledge, he moved to Florida where he attended Orlando’s Marine Mechanic’s Institute.  Upon graduation Jeff returned to Maryland and worked at a boatyard also near Baltimore and for a time at his parent’s automobile repair business nearby.  When Jeff’s parents retired and moved to Virginia Jeff came along to further his professional career in the boat service and maintenance field.  Jeff joined the CYS crew in the summer of 2020.

​A workhorse in his own right, Jeff is meticulous, thorough, and a joy to work with.  When he’s off the clock, Jeff enjoys fishing, boating, and weight-lifting.
Proudly powered by Weebly